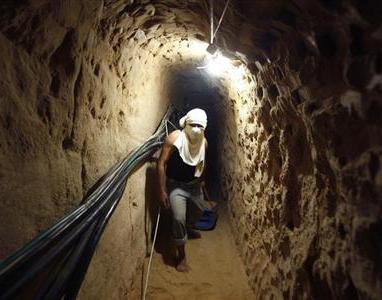 Palestinian sources in the Gaza Strip reported on Monday at night that a Palestinian youth died by electric shock at a tunnel in Rafah, in the southern part of the Gaza Strip. The youth was identified was Nidal Mahmoud Dahleez.

He was killed on Monday evening while working in one of the siege-busting tunnels.

His body was moved to Abu Yousef Al Najjar Hospital in Rafah.

Dozens of Palestinians were killed in similar accidents in the last two years while hundreds were wounded.

The tunnels because the only source of supplies due to the Israeli siege on the coastal region.