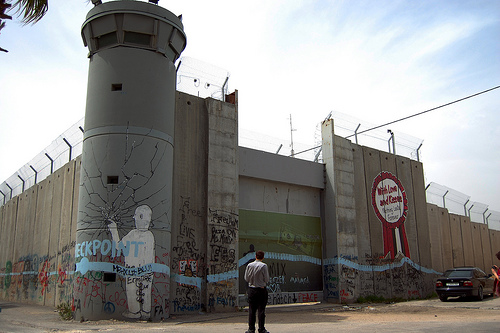 Israeli troops notified on Tuesday the villagers of Beit liqya, central West Bank, the army intentions to take over part of their land to build the wall.
Beit liqya, a small Palestinian village located near Ramallah city, will lose up to 2.5 Acers of land, according to the military order. The army says the lands will be used to reroute the wall section built near the village.

The lands slated for takeover are privately owned by local farmers and it’s is considered to be their only sources of income.

Beit liqya is located in area C under the Oslo accords. Zone C is Palestinian areas that are still under the control of the Israeli army.

Back in 2004 the International Court of Justice in the Huge rolled the Israeli wall built in the West Bank illegal.

The court ordered the military to remove the wall and compensate those affected by it. So far the army refuses to adhere to the international court rolling.