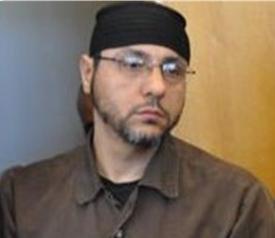 Abdullah Barghouthi, imprisoned leader of the Al Qassam Brigades, the armed wing of Hamas, stated that the solution to the issue of thousands of detainees imprisoned by Israel is by capturing more Israeli soldiers to trade them with Palestinian detainees. Barghouthi stated the Israeli prisoner of war, Gilad Shalit, will never be released as long as Israel is holding Palestinian prisoners captive.

He said that “the only solution is capturing more Israeli soldiers”, and added; “I am responsible for my statements, I do not fear the darkness of prison”.

He stated that the father of Shalit knows that Netanyahu is the one who foiled the swap deal “but is afraid to speak out”. Barghouthi added that the Israeli negotiator, Haggai Hadas, signed a list that was provided by Hamas but Netanyahu backed down.

His name was the third of the list after the names of Fateh leader, Marwan Barghouthi, and Ahmad Saadat, secretary-general of the Popular Front for the Liberation of Palestine.

Abdullah Barghouthi was born in Kuwait in 1972, a married father of three children. He holds Jordanian citizenship and is known as the Engineer of the Al Qassam Brigades. He was sentenced by an Israeli court to 67 life-terms and is currently imprisoned at the Be’er Sheva prison.

The Palestine-Info news website, affiliated with Hamas, reported that Al Barghouthi entered the West Bank in 1999 to visit his relatives in Beit Reema, near Ramallah. He then joined the Al Qassam Brigades.

Referring to the issue of Mosab Yousef, the son of Hamas leader, Hasan Yousef, who became a collaborator with Israel and claimed to be behind the arrest of Barghouthi, the detained Hamas fighter said that “the person who is behind my arrest in now buried under the ground”.

He underestimated the damage caused by the collaboration of Mosab, and said that the Al Qassam Brigades refused to allow him to be one of its members after he failed certain tests defined by the group as a condition for membership.

He also stated that the claims of Mosab that showed him as the person who saved the life of Israel’s President, Shimon Peres, Barghouthi said that the claims are lies and that the Brigades did not plan to assassinate Peres.

Abdullah Barghouthi was kidnapped by the Israeli Army on March 5, 2003. He was wanted for two years.

Israel claims Barghouthi prepared explosives used in suicide bombings in the country, and that 60 Israelis were killed in these attacks.