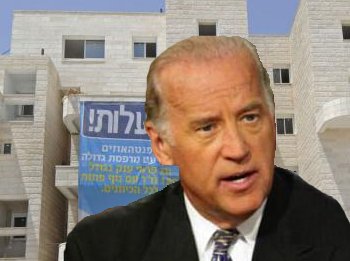 U.S. Vice President, Joe Biden, stated that Israel’s Interior Ministry’s decision to build 1600 homes for Jewish settlers in East Jerusalem undermines the efforts to restart the Middle East peace process. The Israeli Interior Ministry approved Tuesday the construction of 16000 homes for ultra Orthodox Jews in Ramat Shlomo settlement, in East Jerusalem, expanding its from the east and the south.

Biden said that he condemns the plan especially since its timing came with the launching of proximity talks between Israel and the Palestinian Authority.

He stated that the plan undermines the trust needed to launch the talks and counters what he described as “constructive discussions” he had in Israel.

The U.S. Vice President said that there is a need to create the right atmosphere for talks, and added that this plan underscores the need to get the talks started to resolve all outstanding issues.

He further said that the United States recognizes Jerusalem as a city with significant importance to the Palestinians, the Jews, the Muslims and Christians.

U.S. Special Middle East Peace Envoy, George Mitchell, urged both parties to refrain from unilateral actions or statements that could inflame tension and affect the outcome of proximity talks.

The Palestinian Authority slammed the Israeli plan and said that it ended the efforts to resume talks.

The Palestinians seek East Jerusalem as the capital for their future state. The city was occupied by Israel in 1967 along with the Gaza Strip and the West Bank.