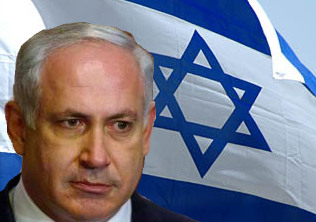 Directly after finishing his first term as a Prime Minister (1999-2002), Benjamin Netanyahu turned into “an independent figure” who became accustomed to giving lectures and is paid millions of US dollars that are directly deposited in his private bank account. He is usually invited to speak by certain organizations and wealthy friends mainly in Israel and the United States. He receives the invitations as an individual so he can be paid without worrying about laws and Israel’s legal system.

The paper said that the Organization “Hearts of Angels”, based at a Shelter in Jerusalem as it is unable to rent a private place, had to pay Netanyahu 180.000 USD hoping his speech will bring the attention of “generous donors”.

The organization helps poor families in Israel and depends on donations.

In June 2002, the organization hired a mediator in Mexico City to have Netanyahu give three lectures, hoping his speech would lead donors to grant it generous funds so it can resume it social services. The dollar at that time was in its highest level as it reached 4.45 NIS.

Netanyahu was paid the full amount and even gave his three talks in one day. The organization thought that a figure like Netanyahu would be its gate to the “hearts of millionaires”, but ended up with significant losses.

The office of Netanyahu said that at the time that he was touring as an individual not as a Prime Minister, and that the amount he charged the organization was “reasonable”.