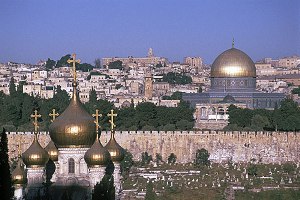 The Israeli police approved a request filed by fundamentalist Jewish settlers who requested to be allowed to hold a protest in Silwan Arab town, in East Jerusalem. The protest is against what the settlers call “Illegal Palestinian Constructions in Jerusalem”.

The police authorized a protest of 70 settlers; it will be held within ten days.

They received authorization to protest in a one kilometer area as they intend to march from the Old City to Silwan.

One of the extremist settlers said that the Israeli government cannot limit the construction of settlements “while the Palestinian are illegally constructing homes in Silwan”.

The police requested the protesters not to carry signs that are considered offensives or racist, and also requested them not to chant racist slurs as they usually chant “we don’t want Arabs”.

Several additional police and army units would be deployed Friday to prevent the Muslims from reaching the Al Aqsa Mosque.