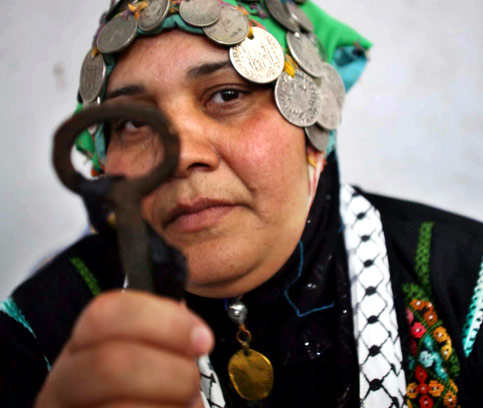 In response to an inquiry by the Palestinian human rights organization Adalah, the Israeli Justice Ministry has clarified its recent revision of Israeli land law, confirming that the revision allows the sale of seized Palestinian land in the West Bank and East Jerusalem to Jewish citizens of Israel, or to private companies.90% of the land in Israel is owned by the Jewish National Fund and rented to Jewish-only tenants. Much of the land under Jewish National Fund control was illegally seized from the indigenous Palestinian owners when the state of Israel was created in 1948. Since that time, Israeli settlers have taken over huge swaths of Palestinian land and claimed this land as part of Israel.

According to Adalah, “One of the most important provisions of the new amendment provides that the state has the right not to use the confiscated land for the specific purpose for which it was confiscated for 17 years. It further establishes that a citizen does not have the right to demand the return of the confiscated land in the event it has not been used for the purpose for which it was originally confiscated, if ownership of the land has been transferred to a third party or if more than 25 years have passed since its confiscation.“

What this means is that the vast majority of Palestinian land, confiscated over 25 years ago by the state of Israel, will be permanently transferred to new owners.

According to Adalah, this action is blatantly illegal under international law, specifically under Article 147 of the Fourth Geneva Convention, which prohibits the large-scale appropriation of land through military force.