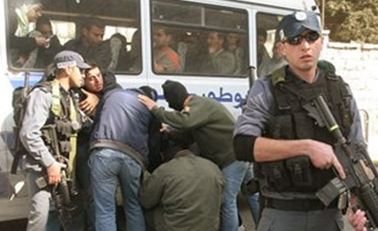 The Arabs48 news website reported that violent clashes took place on Sunday at night between Israeli soldiers, policemen and residents of the Old City of Jerusalem. Clashes were also reported in Ras Al Amoud area.The Israeli police fired rounds of live ammunition, rubber-coated bullets and gas bombs at the residents.

The clashes took place as radical right-wing settlers attempted to break into the Al Aqsa Mosque in the Old City.

The National and Islamic factions in Jerusalem calls for a two-hour strike, from 11 am – 1 pm on Monday and Tuesday in Jerusalem, and appealed the residents to head to the Al Aqsa Mosque to counter possible attacks planned by the settlers.

On Sunday afternoon, several Palestinian institutions, political and social figures of the Palestinian population in Jerusalem held a conference at the Ambassador Hotel in the city to discuss the measures to counter the threats of the settlers.

The Israeli police sealed Jerusalem three days ago and prevented all Arab and Palestinian residents, under the age of 50, from entering the Al Aqsa Mosque.

Hatem Abdul-Qader, in charge of the Jerusalem file at the Palestinian Authority, stated that all public, social and political figures who attended the conference called on the Arab residents in the country to head to the Al Aqsa mosque to protect it from the settlers.

The officials, social figures and the residents who participated in the conference warned Israel that any attack carried out by the settlers against the Al Aqsa mosque will lead to serious consequences.

Both Jordan and Egypt said that the Israeli violations in Jerusalem and the plan to build 1600 homes for Jewish settlers are provocative actions that prove Israel is not interested in Peace.

Husam Zaki, spokesperson of the Egyptian Foreign Ministry, called on the International Community to practice pressure on Israel to stop its “provocative actions” in the city.

Zaki added that Israel is not interested in peace and that the United States is starting to come to that conclusion too.

David Axelrod, Chief Political Advisor to US president Barrack Obama, stated that the Israeli actions are an insult and to the U.S., and a mockery to its efforts.

Axelrod added that the decision seems to be calculated in a way that would jeopardize the efforts to start proximity talks.

Michael Oren, the Israeli Ambassador to the United States, told Israel diplomats in the U.S. that that current Israeli-American relations are the worst since 35 years.