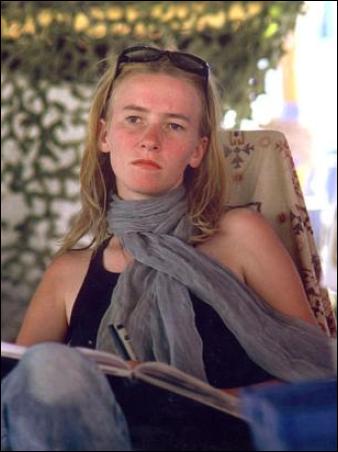 Villagers of al-Ma’sara, near the southern West Bank city of Bethlehem, protested, the Israeli built wall on villagers’ lands, on Friday.
The people were joined by Israeli and international supporters. The protest started at the village center and headed towards the wall construction site.

People held a large poster of Rachel Corrie, an American peace activist killed by the Israeli army in Gaza in 2003.

Israeli troops erected a military checkpoint at the road leading to the wall being built of the village lands.

Organizers delivered speeches in Arabic, English and Hebrew demanding the halt to Israeli escalation of settlement contruction in the West Bank especially in east Jerusalem. The speakers noted the 7th anniversary of the death of Rachel Corrie.

The people dispersed peacefully but promised to come back next week for another action.