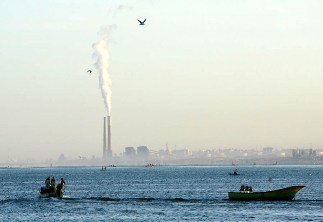 The Egyptian Navy arrested on Saturday evening three Palestinian fishermen who accidentally entered Egyptian territorial waters.The three were in a fishing boat when they approached the Egyptian waters, near international marker number 12, and were surrounded by the Egyptian Navy before they were kidnapped.

Egypt said that the fishermen illegally entered Egyptian waters, and that legal measures would be taken against them for their “illegal entry”.

But local sources reported that a malfunction in the engine of the fishing boat led it to drift towards Egyptian waters.

The Maan News Agency reported that in three similar incidents, Egypt sentenced each of the arrested fishermen to one year suspended sentence, and forced each of them to pay 1000 Egyptian pounds each before handing them to the Palestinian side.

In separate news, the Egyptian Border Police located a tunnels used for smuggling cars into the Gaza Strip.

The tunnel was located in Al Dahniyya area 300 meters south of the Rafah Terminal.