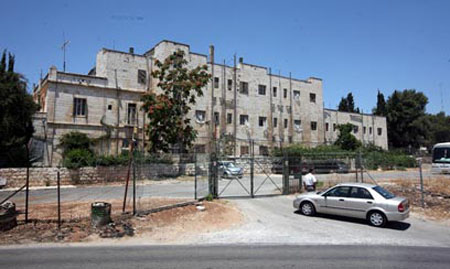 The Jerusalem Municipality approved the construction of 20 more units for Jewish settlers in an area near the Shepherd Hotel, in occupied East Jerusalem.The decision came just hours before s scheduled meeting between Israel’s Prime Minister, Benjamin Netanyahu, and the American President, Barack Obama.

The Shepherds Hotel is located in Sheikh Jarrah Palestinian neighborhood, the scene of repeated takeover of Palestinian homes by Jewish settlers.

The hotel was purchased by Jewish-American Billionaire, Erving Moscovitch, in 1985.

He paid 1 million US Dollars and is planning to demolish it in order to build homes for Jewish settlers in the Arab neighborhood.

The Planning Committee of the Jerusalem Municipality issued an initial approval for the plan in July of 2009, and issue that caused a rift with the United States and Britain.

The initial plan includes the construction of twenty homes and a parking lot. The Shepherd Hotel, one of the historic sites in Jerusalem, will remain as it is, according to the current plan.