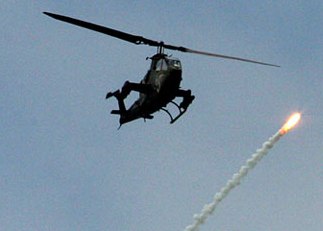 The Israeli army claims that the targeted area is a storage facility for weapons and explosives.

The army added that the shelling comes in retaliation to homemade shells fired at Ashkelon on Tuesday evening.

The Israeli Air Force launched, on Wednesday at dawn, an air strike at a location near the Jabalia refugee camp, in the northern part of the Gaza Strip; no injuries were reported.