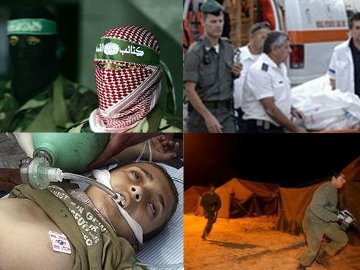 Sources at Nasser hospital in Khan Younis said that Haitham Arafat, 23, died late on Friday despite attempts to save his life.

He suffered serious wounds when the army bombarded Khan Younis in Friday evening. 13 other residents were wounded, some of them suffered moderate-to-severe injuries.

One Palestinian child, 10, was seriously wounded, and four other residents were moderately wounded, when the army bombarded several homes in Abasan Al Jadeeda area in Khan Younis.

On Friday, the Israeli army said that a senior military commander and a soldier were killed, and five others were wounded, one seriously, during clashes with resistance fighters in Khan Younis. All wounded soldiers were airlifted to Soroka Hospital in B’e’er Sheva.

The Al Qassam Brigades, the armed wing of Hamas, said that the initial clashes took place when Israeli soldiers advanced 500 meters into east Khan Younis in an attempt to flank the a group of fighters.

But Qassam fighters managed to ambush the invading force and opened fire at them. The Brigades said that its sharpshooters managed to kill two soldiers, while several other soldiers were wounded.

The Al Aqsa Brigades of Fateh movement and the Al Quds Brigades of the Islamic Jihad issued separate press releases stating that their fighters also exchanged fire with the invading forces and fired RPG (Rocket Propelled Grenades) shells at them.

The Popular Resistance Committees said that one of its fighters suffered serious injuries during clashes with Israeli soldiers invading Khan Younis.

Israeli Defense Minister, Ehud Barak, said that Hamas is to be held responsible for the escalation.