Child Dies Due to The Siege on Gaza 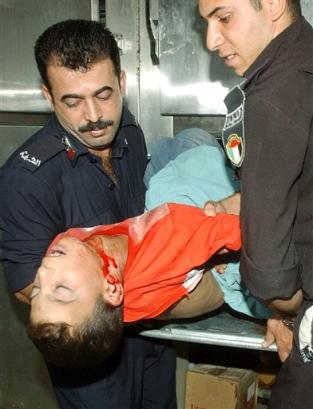 Palestinian medical sources in the Gaza Strip reported that a 5-year-old child died on Saturday at a local hospital due to the ongoing illegal Israeli siege on the coastal region.The child, Fuad Swerih, 5, suffered respiratory issues, and Israeli prevented his transfer to hospitals outside the besieged and war- torn Gaza Strip.

Swerih is from Al Nusseirat refugee camp, in central Gaza.

The doctors were trying to transfer him to an Israeli hospital but Israel rejected all applications.

There are hundreds of patients who are facing the same fate while Israeli is refusing to allow them medical treatment in Israeli hospital or elsewhere.

The ongoing siege on Gaza and the war left the hospitals and medical centers lacking the main medical supplies and equipment.