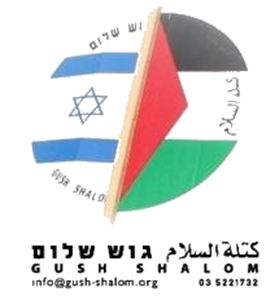 The Israeli Peace Bloc, Gush Shalom, reported that “Shamir Salads” an Israeli company in a West Bank Israeli settlement, is marketing its products in Europe using a fake address claiming it is in Israel and not in the occupied West Bank.The European Union requires Israeli companies to clearly mark their products to indicate whether they are made in Israel, or in its settlements in the occupied West Bank.

Gush Shalom became aware of the issue when some Jewish activists gave it a label on a hummus tin made by “Shamir Salads”, carrying an address in Kiryat Ata, and a phone number in Tel Aviv, in order to avoid being labeled as made in a West Bank settlement.

Last month, the European Court of Justice ruled that all products of West Bank settlements are not considered as made in Israel, and will be taxed.

The ruling was made after Germany forbade the German Brita Company from importing Soda Club Products because they are made in a West Bank settlement.

The court said that the customs agreement with Israel only applies to areas that are under full Israeli sovereignty, and not the Palestinian territories occupied by Israel in 1967.

Gush Shaliom said that the “Shamir Salads” company is deceiving both the customers in Europe and the European Tax Authorities, as those products should be clearly marked as products made in West Bank settlements.

In December of last year, Britain issued an advisory ruling to supermarkets in the UK to distinguish between products made in Israel, products made in West Bank Jewish settlements, and Palestinian manufactured goods.