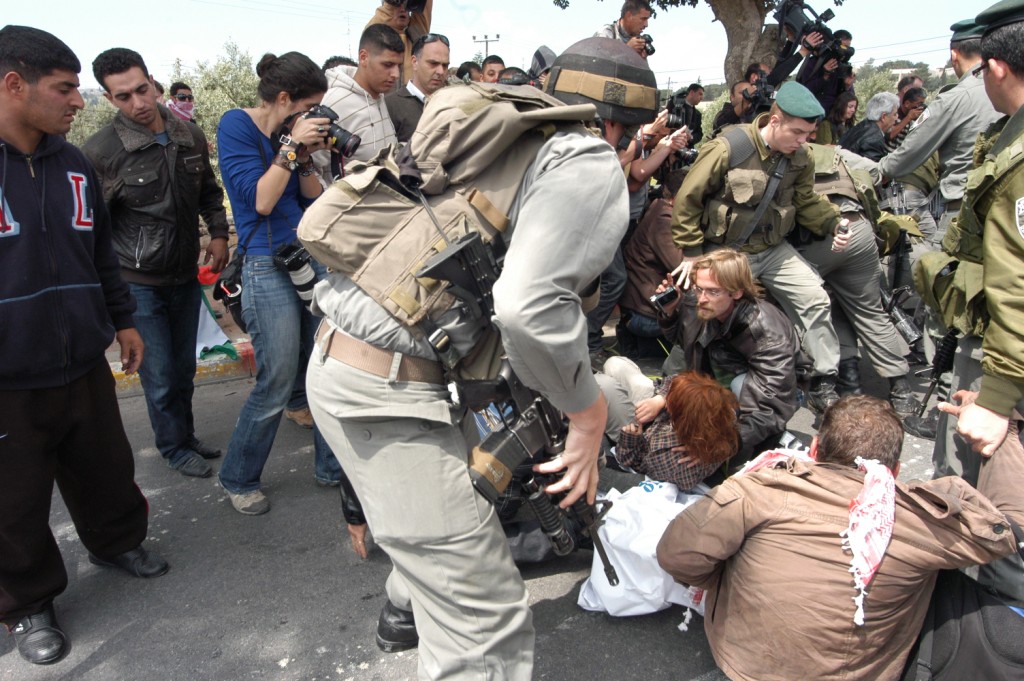 Israeli troops used tear gas and rubber-coated-steel bullets to suppress a protest at the southern West Bank city of Bethlehem on Monday.
The protest today was organized in commemoration of Land Day. The event was organized by local political groups and NGO’s. People gathered at a local mosque nearby and marched towards the wall that separates Bethlehem form Jerusalem.

As the crowed reached the gate of the wall soldiers fired tear gas and rubber-coated-steel bullets. Local youth responded by hurling stones and empty glass bottles at troops. No injuries were reported in both sides.

Today people carried banners demanding the release of the 15 people the Israeli army had detained on Sunday at protest at the same location. Among those detained on Sunday were Abbas Zaki, a member of the Fatah Party central committee. Joining the people today were Zaki’s wife and Mustafa Al Barghouthi, a Palestinian MP.

In the ensuing confrontations at the time with the Israeli army and police, six Palestinians were killed, about one hundred were wounded, and hundreds of others arrested by the Israeli police. Today Land Day is an important annual day of commemoration in the Palestinian national political calendar, it is marked not only by Palestinian- citizens of Israel, but by Palestinians all over the world.

This week is expected to witness more protest all over Gaza, West Bank, and Arab towns in Israel in commemoration of Land Day.