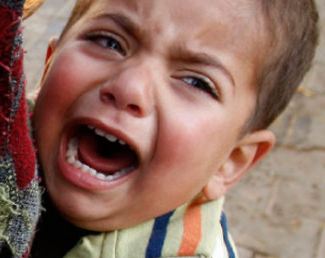 Palestinian medical sources in the Gaza Strip reported Tuesday morning that a child was shot and killed by Israeli military fire in Rafah, in the southern part of the Gaza Strip.The child was identified as Mohammad Zeid Al Farmawi, 15, from Qishtat neighborhood in Rafah.

Local sources reported that the child was shot by Israeli soldiers after he crossed through the border fence, east of the Gaza International Airport.

Medics rushed to the scene but the child was already dead when they arrived; his body was moved to Abu Yousef Al Najjar in Rafah.

On Saturday, a 5-year-old child died at a local hospital due to the ongoing illegal Israeli siege on the coastal region.

The child, Fuad Swerih, 5, suffered respiratory issues, and Israeli prevented his transfer to hospitals outside the besieged and war- torn Gaza Strip.

Swerih is from Al Nusseirat refugee camp, in central Gaza.

The doctors were trying to have him transferred to an Israeli hospital but Israel rejected all applications.