British Lawmakers To Call For Reevaluating Arms Deals With Israel 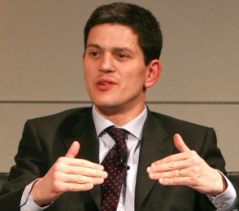 The Guardian reported that several Lawmakers in the Britain will be asking the government to halts its weapons deals with Israel after a report published recently stated British weapons were “almost certainly” used by Israel during its Operation Cast Lead offensive on the Gaza Strip in December 2008. The Guardian published a excerpt from a report of the Commons Committee on Strategic Export Controls. The report stated that “It is regrettable that arms exports to Israel were almost certainly used by Israel during Operation Cast lead”, Israeli daily, Haaretz, reported.

The report also states that arms exports to Israel should never be used in the occupied Palestinian territories, as this issues violates the policy of the U.K.

Weapons exports to Israel in 2008 are estimated by more than £27.5 in addition to more than £4 million is exporting licenses and fees.

The Guardian added that the U.K sold Israel military equipment including components in cockpit displays in U.S. F-16 fighter jets and other parts installed on U.S –made Apache helicopters purchased by Israel during the war. They were all used during the war on Gaza.

David Miliband, the British Foreign Secretary, stated in April of 2009 that his country intends to review all of its arms exports to Israel after the Israeli army used these weapons during the offensive against the Gaza Strip.

1419 Palestinians, mostly civilians, including children and women, were killed during the three-week war on Gaza. Thousands were wounded, hundreds seriously. The number of casualties approached 1600 as dozens of residents died of their wounds after the war ended.