Fundamentalist Group Plans To Break Into The Al Aqsa Mosque 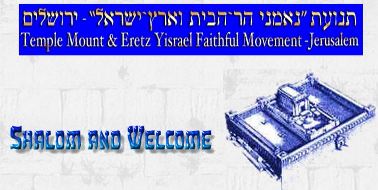 It added that the protest comes to protest world powers, especially the United States and its President Barack Obama, for “their plans to partition Jerusalem”.

The group stated that “there is no need to wait for the coming of the Messiah, Ben David, as he will only come when the Arab-Islamic enemy the ‘desecrates G-d’s Holy
Hill is removed, and the Temple is rebuilt”.

It also called for what it described as “trusting the God of Israel and his promises to his people”.

The march, according to the group’s announcement will start on Thursday at 11:30 from the Jaffa Gate.

It said that this protest comes to “protest Barack Hussein Obama and his plans to divide Jerusalem, and make it a Palestinian capital”.

The group also stated that Obama wants to “divide the land of Israel to establish to establish a foreign, evil, terror anti-godly sp-called Palestinian state that had never existed and will never exist in the Holy Land of Israel”, according to the extremist group.

This group is one of many fundamentalist groups operating legally in Israel and explicitly calling for expelling all Arabs and Palestinians from Palestine in order to build the “Jewish State” and to build the “temple” on the ruins of the Al Aqsa Mosque.

Israel sealed off Jerusalem, especially the Old City and teh Arab parts in order to pevents Arabs and Muslims from flocking to the Al Aqsa Mosque.