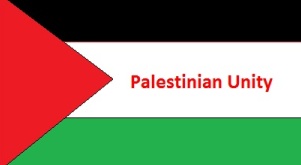 Palestinian sources reported Tuesday that Qatar is conducting serious efforts to achieve reconciliation between the rival Hamas and Fateh movement, and to achieve a Palestinian National Unity deal. Recently, the prince of Qatar, Hamad Bin Khalifa Al Thani, contacted Hamas Political Bureau Head in Syria, Khalid Mashal, and discussed the means to dissolve all obstacles that obstruct the signing of the Egyptian document for Palestinian unity.

Egypt, the sole mediator between Hamas and Fateh, recently decided to involve Qatar in the efforts as the country has closer ties with the Hamas movement.

On Monday, Al Thani met with Mashal and other senior Hamas leaders, and discussed unity efforts in addition to the stalled prisoner-swap file.

On the ground, Hamas and Fateh are still trading accusations and blaming each other for the failure of unity talks and reconciliation.

The Egyptian Unity Document calls for general elections in mid 2010, and for reforming the security forces under Arab supervision headed by Egypt.

Palestinian President, Mahmoud Abbas, recently stated that reconciliation starts in Egypt, the final unity deal will be signed will Egypt, and its implementation would be supervised by Egypt.