Netanyahu To Attend Nuclear Summit in Washington, Will Not Meet Obama 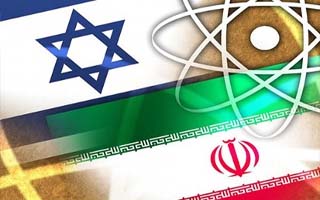 Meanwhile, Israeli sources reported that Netanyahu will likely refrain from participating in the summit in order to avoid pressures from Obama who is demanding him to respond to an offer to resume indirect talks with the Palestinians.

Netanyahu will be heading to Washington next Monday, and will be accompanied by his National Security Advisor, Ozi Arad, and other officials including the head of Israel’s Nuclear Energy, Shaul Horev.

Leaders of 40 countries will attend the conference to discuss the means to prevent “countries that support terrorism from obtaining nuclear weapons”.

Israel made sure that the final statement of the summit will not mention, in any way, Israel’s nuclear agenda. This agenda, according to Israeli sources, will be discussed on other levels, but not during the summit.

Egyptian President, Hosni Mubarak, will also be participating in the summit, and intends to demand the International Community to pressure Israel into opening its nuclear facilities for inspection.

Meanwhile, Iran intends to host a session entitled “Nuclear Energy for All, not Nuclear Weapons”, and that United States slammed the announcement dubbing it as “marginal” and adding that this summit “comes in the wrong time to serve wrong interests”.

Iran said it would call for an international conference for nuclear disarmament in order to prove it is not seeking to produce nuclear bombs or weapons. The Iranian conference is scheduled to be held on April 17 and 18.

The Administration of U.S.. President, Barack Obama, had officially announced on Tuesday its policy regarding restrictions of the country’s use of nuclear weapons.
Obama set the conditions that would force the United States to use nuclear weapons, while sources at his office said that “nuclear defiant countries, such as North Korea and Iran, will remain potential targets”, Israeli daily, Haaretz, reported.

In an interview with the New York Times, Obama said that he wants to make sure that all Americans are safe, and added that Iran and North Korea have violated international nuclear treaties.

This Thursday, Obama is expected to sign an arms control treaty with Russia in Prague.

For the first time, the United States will be committed not to use nuclear weapons against non-nuclear countries that comply with the Nuclear Non-Proliferation Treaty, even if the United States is attacked with chemical or biological weapons, the New York Times reported.

But Obama’s plan allowed his country to consider the option of using nuclear weapons to retaliate against a biological attack if there is a reason to believe that the U.S. is vulnerable to a devastating attack.

Still, the United States will continue to increase its investment in upgrading the infrastructure of its weapons.