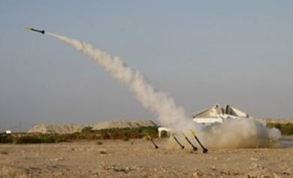 Four of the wounded suffered light-to-moderate wounds while the fifth suffered fractures in his legs and was moved to Al Shifa Hospital in Gaza city.

Waleed Al Awad, member of the Political Bureau of the leftist Palestinian People Party (PPP), called on the armed Palestinian groups to stop the firing of homemade shells from the Gaza Strip as the shells are causing harm and damage to the residents and their property.

Al Awad added that the Israeli occupation is using the firing of homemade shells as an excuse to carry further offensives and aggression against the Gaza Strip.

This is not the first time homemade shells hit Palestinian homes and property in the Gaza Strip, and several casualties were reported in previous incidents.

Al Awad added that resistance against occupation and oppression is a legitimate right but the Palestinian factions should act in accordance to the interests of their people, and should use the proper means based on the current conditions.

He also stated that the Palestinians and all factions should resort to united popular struggle as nonviolent resistance is the best means of struggle that enjoys international support.