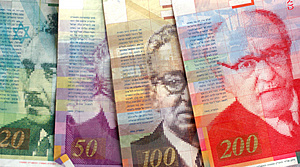 The report stated, ‘Following staff work by an interministerial team composed of representatives of the Finance Ministry, Justice Ministry and Civil Administration, it has been agreed that the … said fees will be entered into the Civil Administration’s budget. The technical aspects of the affair will be sorted out in the coming weeks.’

The Israeli deputy attorney general has called for an official state inquiry into the redirection of funds, and an investigation into whether the violation of international law constitutes a need to retroactively compensate the Palestinian Authority for the funds that Israel has illegally seized.

The Israeli Finance Ministry voiced opposition to the idea of retroactive compensation due to the violation, and issued a statement saying ‘It should be noted the question of whether the funds are registered as state income or Civil Administration income is a technical question, because at the end of the day the State of Israel invests in the area amounts considerably larger than the fees it collects.”