Erdogan: “Israel Is The Real Threat To Middle East Peace” 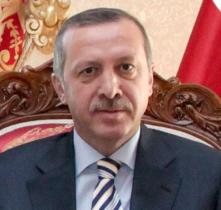 Turkish Prime Minister, Receb Tayyip Erdogan, stated that Israel is currently considered the real threat to peace in the Middle East. His statements came as he started his visit to Paris on Wednesday.Erogan told reporters before a business dinner with French President, Nicolas Sarkozi, that Israel is a threat to regional peace.

Israel always considered Turkey as its ally in the Muslim countries and the Arab World, but the relations between the two countries had sharply deteriorated since the Israeli aggression on the Gaza Strip in late December 2008 and January 2009.

He added when a country uses excessive, unbalanced force against the Palestinians in Gaza, and used Phosphorous shells, we should not be expected to say “thank you”, and instead we must say as “how could you do that?!”

Erdogan arrived in Paris on Tuesday evening to discuss security and cultural cooperation between the two countries despite their conflicting attitudes regarding Turkey joining the European Union, and the Iranian nuclear file.

Meanwhile, the Turkish Foreign Ministry slammed statements made by Israel’s Foreign Minister, Avigdor Lieberman, who said that Erdogan is like the Libyan president Moammar Qaddafi and Venezuelan President, Hugo Shafez.

The Turkish-Israeli relations witnessed further tension after Erdogan stated that his country will not remain idle should Israel carry a new war on Gaza. Erdogan also said that Israel must stop its violations in Jerusalem.