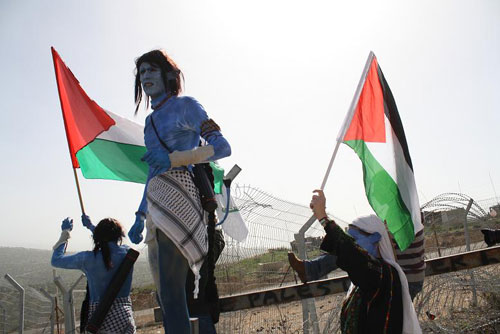 Residents of Al Ma’ssara village near the southern West Bank city of Bethlehem protest on Friday midday the Israeli-built wall on their lands.
The Israeli military invaded on Thursday Al Ma’ssara village and threatened local organizers of detention if the anti wall protest continue.

Villagers were joined by International and Israeli supporters. People marched from the village towards the wall construction site. Israeli troops erected a checkpoint using razor-wire and stopped people for reaching the wall site.

Over 100 men, women, and children were systematically murdered. Fifty-three orphaned children were left along the wall of Jerusalem’s Old City, where they were found by Miss Hind Husseini who brought them to her home, which was to become the Dar El-Tifl El-Arabi orphanage.