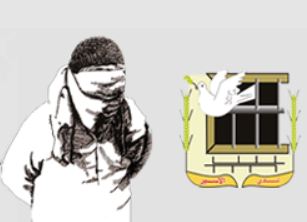 Issa Qaraqe’, head of the Palestinian Prisoners Society (PPS) reported Friday that a detainee died at the Be’er Sheva Israeli prison after the Israeli authorities placed him in a cell instead of transferring him to a hospital. The detainee was identified as Raed Mahmoud Abu Hammad, 30, from Al Ezariyya (Bethany) city, east of Jerusalem.

He suffered an illness while in prison but the Prison Administration placed him in solitary confinement in Ehil – Be’er Shiva prison, instead of hospitalizing him.

Qaraqe’ stated that Abu Hammad was kidnapped by the army five years ago and was sentenced by an Israeli Military Court to ten years.

He demanded the Israeli Authorities to probe the incident that led to the death of Hammad.

Hammad is one of the leaders of Fateh movement, headed by Palestinian President, Mahmoud Abbas. He is married, and was placed in solitary confinement 18 months ago.

Abdul-Nasser Farawna, a Palestinian researcher specialized in detainees’ affairs, stated that Hammad died due to medical neglect by the Prison Administration, and added that with the death of Hammad, the number of detainees who dies in Israeli prisons since 1967 has reached 198.