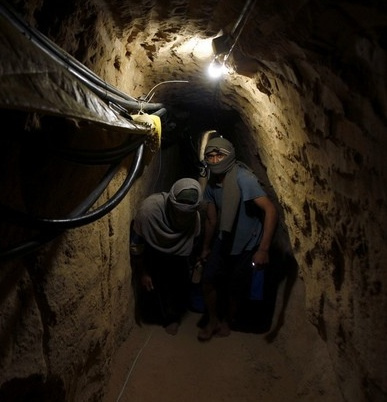 A Palestinian worker was critically injured, on Monday, while working inside a tunnel between the southern Gaza Strip borders and Egypt.

Ibrahim Al Khawas, aged 24, lost his leg due to the accident. Doctors in Gaza said that Al Khawas’s leg had to be amputated to save his life.

Local sources said that Al Khawas was injured when a heavy machine dropped on him inside the tunnel.

Earlier on Monday two workers were wounded when a cooking gas canister exploded inside another tunnel at the borders between the Gaza Strip and Egypt.

Israel’s crippling siege on the Gaza Strip started in June 2007; the tunnels became the source of much needed supplies to the 1.5 million Palestinians living in the coastal enclave. 140 Palestinian workers have died inside the tunnels since June of 2007.