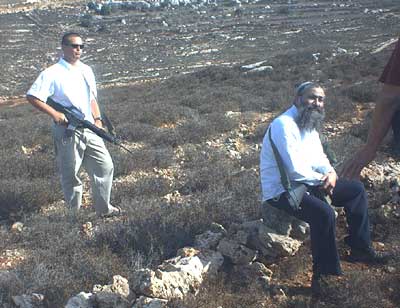 A group of Israeli settlers attacked on Monday Palestinian cars at the road connecting the central West Bank city of Ramallah with the northern city of Nablus.

The settlers were gathered at an old military checkpoint known to locals as Wadi Al Harmiya.

In 2002 a Palestinian young man using an old English army rifle killed a number of soldiers and injured nearly twelve others, and some settlers at that location.