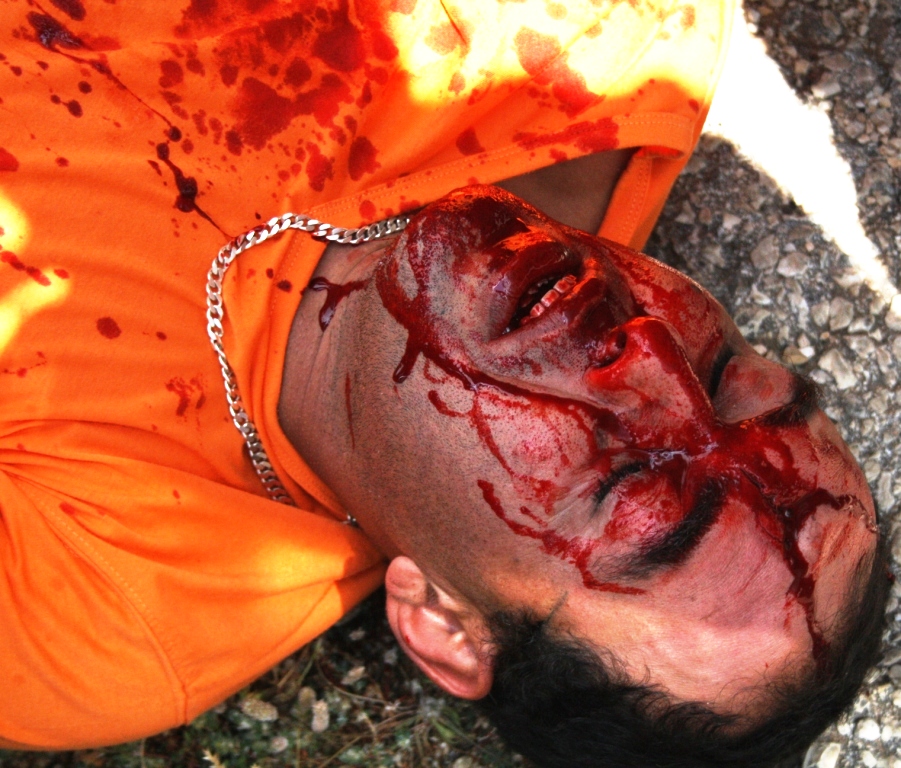 At least a dozen Palestinian and international civilians were injured during the weekly nonviolent protest at the central West Bank village of Bil’in.
This Friday protest marked the end of the Fifth Bil’in International Conference for Palestinian Popular Resistance, which began on Wednesday, April 21 with a full line-up of speakers including politicians, leaders of Popular Committees, Israeli activists, and international solidarity activists.

The conference continued through Thursday and Friday. After the final conference session on Friday morning, in which workshop groups reported on their conclusions in preparation for the conference statement, the conference participants gathered with scores of other Israeli, international, and Palestinians waiting at the mosque for the weekly demonstration.

Today’s demonstration was larger than normal in size, and lasted an especially long period of time. Serious injuries were sustained during the demonstration, and several were arrested. Present at the demonstration were local political figures, including Mustafa Barghouti, and international solidarity leaders such as Luisa Morgantini.

As is the case very Friday for the past six years people gathered at the local mousque and headed towards the wall built of villagers’ lands. Protesters immediately were met by soldiers who fired sound grenades, and smoke bombs.
Demonstrators reported that soldiers showed no discrimination with their firing, shooting directly at the faces of the protestors, and no discrimination in their arrests, trying to arrest even journalists.

Several serious injuries were sustained. Imad Rizka, 37 years old , from Yaffa, was shot in the forehead with a tear gas canister. He was taken away immediately to Ramallah Hospital by ambulance. Rizka is well-known in Bil’in, as he comes to the village every Friday to demonstrate.

Soldiers fired a great deal of tear gas from both sides of the fence. Demonstrators were forced to retreat, but among those who remained, several were arrested. Soldiers crossed the fence and advanced well into village and detained five people among them one local journalist.

Additional injuries are as follows:

One demonstrator from Italy, struck in the back by a tear gas canister; an Italian demonstrator who was shot in the arm with a new type of weapon; an Israeli activist; Um Samarra, 45, from Bil’in, who was hit in the leg by a tear gas canister; Haitham al-Khatib, cameraman, who was slightly injured; a Palestinian woman from Bethlehem who sustained a leg injury; and a Palestinian journalist named Abbas al-Momni.