Hamas: “Assassination Of Sweity Outcome Of Collaboration Between P.A Forces And Israel” 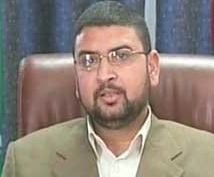 Abu Zuhri added that Sweity was repeatedly arrested, and wanted, by the security forces of Mahmoud Abbas, the same way he was wanted and targeted by the Israeli occupation.

He stated that “such crimes will not succeed in eliminating the resistance”, and added that the fighters will continue their path of resistance.

Ali Sweity was assassinated in Beit Awwa town, near the southern West Bank city of Hebron.