Jerusalem Post: “Israel Has No Intention To Dismantle Illegal Outposts” 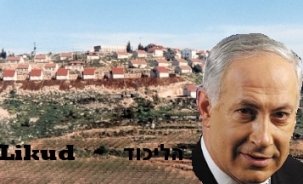 Israeli paper, Jerusalem Post, reported that Israel has no intention to dismantle any of the 23 illegal settlement outposts in the occupied West Bank in the foreseeable future. The paper said that those outposts were illegally installed in the West Bank after March 2001, and were named in the Road Map Peace Plan of 2002.

But consecutive Israeli leaders, including the current Prime Minister, Benjamin Netanyahu, have no intention to dismantle any of the illegal outposts in the near future although Israel vowed to the former U.S administration to dismantle the outpost.

Yet, the Bush administration provided direct support to settlement construct and expansion in the occupied West Bank and claimed that the support is meant to settlements that “will always be part of Israel under any peace deal”.

The Jerusalem Post reported that Israel distanced itself from previous understandings, and the current government of Netanyahu believes that by conducted temporary settlement freeze, Israel is not obliged to force the evacuation of illegal settlement outposts.

After being officially named as Prime Minister, Netanyahu vowed to respect the decisions of the governments of Ariel Sharon and Ehud Olmert, in which they vowed to evacuate 23 illegal outposts.

But despite “pressure” by U.S Administration of President Barack Obama, Netanyahu decided to “legalize” the outposts.

Netanyahu and his fundamental government believe that Israel has the right to build and expand settlements, especially in East Jerusalem, thus directly violating the international law and jeopardize all efforts to resume the stalled peace process”.