PHRF: “52 Palestinians Gassed in Tunnels Since beginning of 2010” 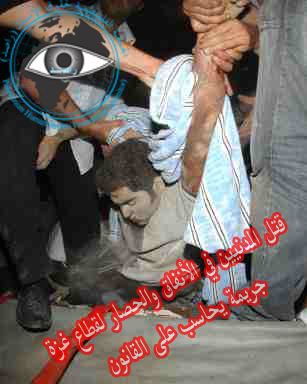 The Palestinian Human Rights Foundation (PHRF) reported Friday that since the beginning of this year, 52 Palestinian residents were killed in border tunnels after the Egyptian Authorities gassed the tunnels while the residents were in them. The PHRF stated that the Egyptian Authorities are deliberately gassing the tunnels used by the residents to smuggle food, medicine, and essential supplies not found in the Gaza Strip due to the ongoing Israeli-led siege.

The foundation said that this is a serious violation to the International Law as it forbids gassing civilian areas and considers the act as a premeditated crime.

It said that all proofs and circumstances implicate Egypt in such serious crimes, and demanded the Egyptian government to act against these violations and to stop being part of the unjust and illegal Israeli siege.

The PHRF further stated that the siege is considered a war crime according to the eight article of the basic law of the International Criminal Court.

It said that the tunnels became the last resort to the Palestinians living under siege for more than four year now, and added that Egypt must find alternatives and enable the residents to be able to receive all needed supplies.

The foundation said that using gas and other unconventional weapons violate the International law and held Egypt responsible in part for the ongoing siege as it has its own border with Gaza and could open it, but instead it chooses to help Israel and be part of the siege illegally enforced as collective punishment against more than
1.5 million Palestinians.

It demanded Egypt to permanently open the Rafah Terminal and enable the entry of medicine, medical supplies, food and all essential supplies.