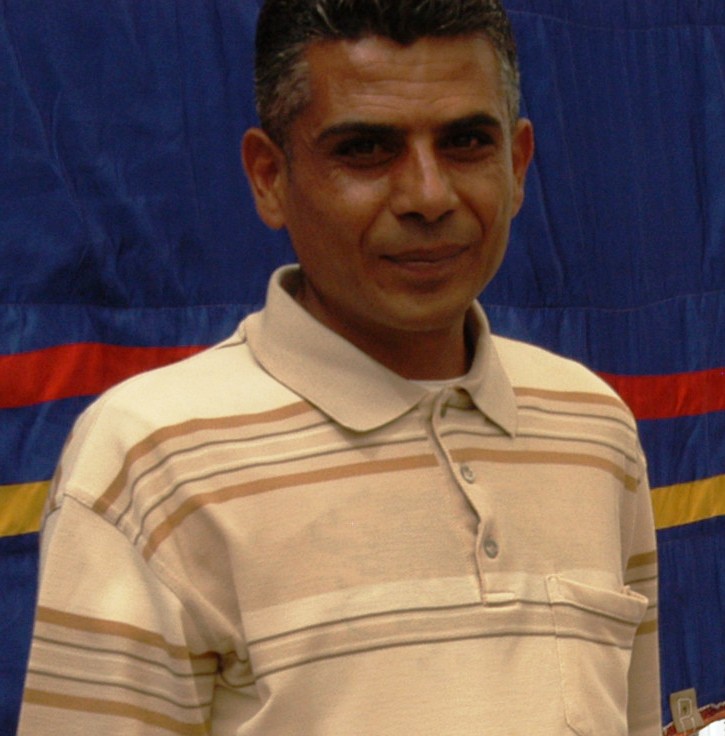 Eyad Burnat, a leader in the popular struggle against the Israeli wall, was banned by Israel’s military from crossing the West Bank borders into Jordan on Saturday.Burnat is head of the local committee against the wall and settlement in the central West Bank village of Bil’in. The villagers of Bil’in have been organizing weekly anti wall protest since five years.

“This just another episode of Israel’s aggression on us, soldiers detained me for three hours and then told me to go back, when I asked them why they said for security reasons.” Burnat told IMEMC.

Burnat was going to tour a number of E.U countries to give talks about the Palestinian nonviolent popular struggle against the Annexation Wall in the West Bank.

Bil’in villagers started their nonviolent protests against the Wall; and the legal proceedings managed to get the Israeli Supreme Court of Justice, to order a re-routing of the wall section built on Bil’in’s land. Due to the ruling, the villagers got back 275 of the 600 acres Israeli was planning to use to build the wall.

Despite the non-violent nature of the protesters, the Israeli army often respond with violence . Last year the army killed local activist Bassem Abu Rahma after shooting him in the chest with a high velocity tear gas bombs.