Seven, Including A Reporter, Wounded In Beit Jala 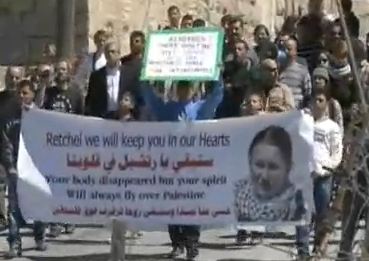 Palestinian medical sources reported Sunday that seven residents, including a reporter, were wounded after the Israeli Army opened fire at a nonviolent protest against the Annexation Wall in Beit Jala City near Bethlehem.One of the wounded is Moammar Awad, a reporter working for the Arab Press Agency; his condition was described as serious. He was moved to a hospital in occupied Jerusalem after he was hit in by a gas bomb in his face.

An elderly woman also suffocated after inhaling gas fired by the army and received the needed medical treatment.

Local sources reported that the protest started from the yard of the Arab Orthodox Club in the city and the residents marched towards a construction site of the
Annexation Wall. The local protesters were accompanied by dozens of international peace activists.

Soldiers attacked the nonviolent protesters with clubs and batons and installed bared-wires to prevent them from reaching the location where army bulldozers were uprooting the lands to construct a section of the Annexation Wall.