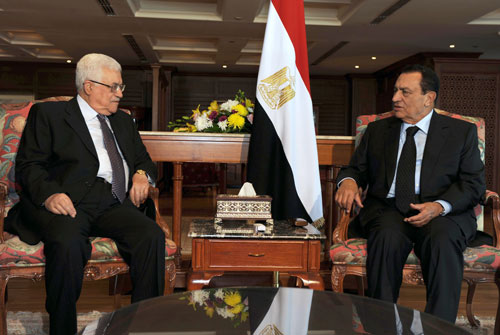 The Palestinian Librations Organization Executive Committee will convene on Saturday to decide on resuming indirect talks with Israel mediated by Washington.

The U.S envoy to the Middle East George Mitchell will arrive to Israel on Wednesday and meet Israel’ PM Netanyahu, Mitchell is expected also to meet Palestinian President Mahmoud Abbas on Friday. Hanna Ameera, PLO Executive Committee member said that based on Abbas Mitchell meeting the PLO will make its decision.

“Washington said that it will stand against any provocative action, but did not clarify what those actions are, is it settlements construction, Israeli daily attacks, or the destruction of Palestinian homes?. We have questions that Mitchell should answer on Friday and based on that will make our decision.” Ameera told the Palestine News Network on Wednesday.

PM Netanyahu said that issues of security arrangements and water followed by the issue of borders will be first discussed in the renewed talks. Jerusalem and the Right of Return of the Palestinian refugees, two main Palestinian demands for peace, would not be touched until the final stages of talks.

“The negotiations will be pointless, there is no clear agenda or time table, the Israelis wants to start talks on issues like security and water, issues Palestinians does not consider negotiating; therefore nothing will come out of those talks.” Ameera told PNN.

Palestinians have repeatedly showed willingness to resume peace talks with Israel, but conditioned this resumption with Israel freeze of settlement activities in the West Bank, a demand that Israel have continuously rejected. Senior Israeli officials told the Israeli online Haaretz on Tuesday that they were dissatisfied by the fact that the Palestinians had not yet agreed to start the indirect talks.

Last week the U.S Administration said it will consider convening an international conference if Palestinian-Israeli peace talks fail in few months. Palestinian President Abbas announced that the indirect talks will last for 4 months only.