Detainee To Have His Leg Amputated 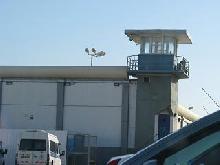 The Detainees Media Center of the Society for Detainees and Liberated, Husam, reported Wednesday that detainee Nahedh Al Aqra’, 41, will have his left leg amputated in a surgery scheduled for May 30, 2010. The detainees, married and a father of four children, phoned his family and informed them of the surgery date.

Al Aqra’ was kidnapped by the army on All Karama Bridge on July 20, 2007, as he was returning from Jordan after receiving treatment there, and his right leg was amputated.

He was sent to court where he was “convicted” of killing three soldiers by placing an explosive charge in front of their tank near the Nitzarim evacuated settlement in the Gaza Strip, seven years ago. Al Aqra’ was sentenced to three life-terms.

Hammad was sentenced to 10 years and spent five of them in prison before he died.
The Palestinian Prisoners Society reported that a total of 201 Palestinians died in Israeli prisons and detention centers. Some of them died after not receiving the urgently needed medical treatment, while others died of torture, abuse or were executed by their arresting officers.