Israel To Syria; “No Plans To Attack You” 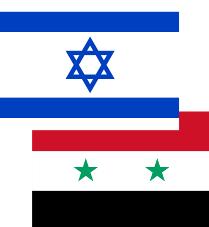 Israeli Prime Minister, Benjamin Netanyahu, asked the visiting Spanish Foreign Minister, Miguel Ángel Moratinos, to send a message to Syria stating that Israel does not have any intention to attack Damascus. Moratinos agreed to transfer the message to Syria and said that he is convinced that the Syrian President, Bashar Asad, is interested in peace with Israel and is interested in having a closer relation with the west.

Last month, Netanyahu stated that reports regarding an Israeli military action against Syria are false and were likely “fabricated by Iran and the Lebanon-based Hezbollah party to divert international attention from imposing sanctions on Iran”.

During his Wednesday meeting with Israeli President, Shimon Peres, Moratinos stated that tension between Israel and Syria has increased since his last visit to Israel in February.