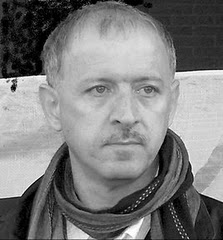 After 12 days of detaining him, Amir Makhoul, a Palestinian community leader from Haifa, is allowed to see his lawyers before a court hearing.

The Israeli court at Petah Tikva lifted the order banning Makhoul lawyers from meeting him after his legal team threatened to boycott the court. The court lifted the orders and re-Scheduled the hearing to 9:00 PM on Monday.

Makhoul was arrested by the Israeli secret service Shin Bit along with Omar Said 12 days ago. Israel accuses them of espionage and contact with a foreign agent from Hezbollah.

Omar Said appeal against the extending of his arrest until Thursday was denied by the court.

Omar Said, a member of the Abna Al Balad movement, and Amir Makhoul, a political activist and serves as the General Director of Ittijah – The Union of Arab Community-Based Associations and Chairman of the Public Committee for the Protection of Political Freedoms in the framework of the High Follow-up Committee for the Arab Citizens of Israel.

Family members, supporters, and lawyers protested outside the court of Petah Tikva from early Monday morning and demanded their immediate release.

The Israeli court had placed a gag order on the Said and Makhoul case when they were arrested preventing journalists from writing about the cases. The gag order was lifted a week ago.