Israeli Official: “Solidarity Ships Will Not Be Allowed To Reach Gaza” 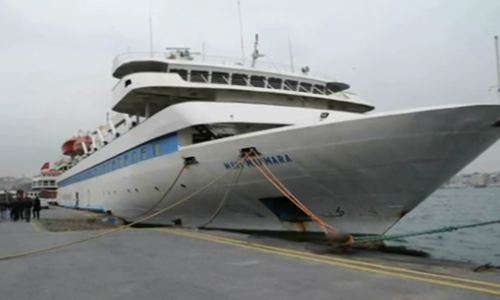 The head of the European Division at the Israeli Foreign Ministry, Noar Gilon, stated Monday, that Israel will prevent solidarity ships, planned to reach the Gaza Strip this month, from reaching the coast of Gaza.Gilon claimed that those who want to send aid to Gaza must coordinate the issue with the Israeli government.

With Israel imposing this siege upon the Gaza Strip, such coordination does not exist in practice.

His statements came as he met with ambassadors of Turkey, Greece and Ireland at the Israeli Foreign Ministry in occupied Jerusalem.

The Free Gaza Movement stated that Israel threats and intimidations will not stop the ships and added that “The Freedom Flotilla is acting in line with universal principals of human rights and justice in defying a blockade identified as illegal by the UN and other humanitarian organization”.

The ship is one of eight solidarity ships carrying peace activists from nearly 40 countries.

The new wave of solidarity ships are organized by the international coalition that includes the Free Gaza Movement, the Turkish Humanitarian Aid Foundation, the European Committee Against the Siege and several Malaysian, Greek and Irish institutions.