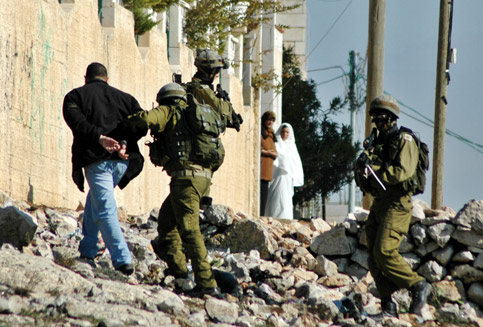 Israeli troops kidnapped seven Palestinians from Bethlehem and Ramallah areas in the West Bank on Thursday.
Palestinian security sources said a number of Israeli military vehicles invaded the village of Tiqua, near Bethlehem, searched a number of houses and kidnapped five youth from al-Sabah family.

The residents said their village is undergoing regular waves of nightly invasions during which Israeli soldiers break into houses, ransack them and kidnap youth. Israeli troops also kidnapped two others from Ramallah, however, their names were not identified.