Hezbollah Calls For Readiness Ahead Of Israeli Drill 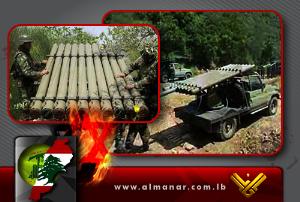 Sheikh Nabil Qaouk, representative of the Hezbollah party in southern Lebanon, stated that the fighters of the party will remain alert ahead of Israel’s large-scale military drill which is slated to begin this Sunday.“The Hezbollah fighters have (been instructed) to be completely ready to confront Israeli maneuvers on Sunday. A few thousands of our fighters will not go to the polls (to participate in municipal elections in southern Lebanon) and are ready (for anything) today.’, the Al Manar news agency, run by Hezbollah reported.

Although Israeli leaders said that this drill was planned in advanced and not intended as a sign for an approaching war, Sheikh Qaouk said that “should Israel decide to conduct a new aggression against Lebanon, the Israelis will have no place to hide”, Al Manar said.

His statements came during his meeting with Professor Noam Chomsky, at Qaouk’s home in Tyre.

Israel denied Chomsky entry to the occupied Palestinian territories several days ago as he was trying to go to Ramallah.

Vilnai added that Israel is preparing for the possibility that it will be attacked by hundreds of missiles from different countries.

The drill includes sounding the sirens in Israel and, air and ground drills. The drill will be conducted this coming Wednesday.

Israeli military and security officials said that they believe Hezbollah owns more than 40.000 rockets, and that its managed to develop its military capability after the second Lebanon war.

Hezbollah officials said that the party will retaliate to any Israel attack, and that the fighters will not allow Israel to violate Lebanon’s sovereignty .