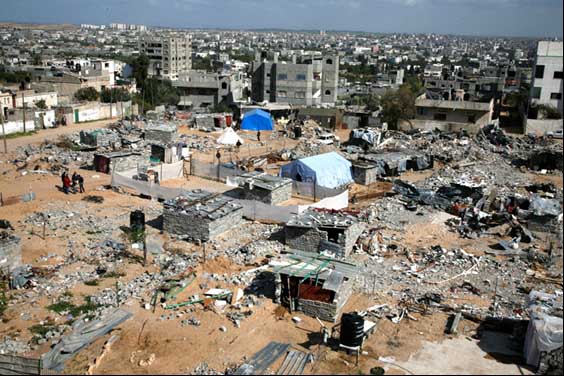 Palestinian medical sources reported Sunday, that Israeli soldiers shot and wounded a Palestinian youth north of Beit Lahia, in the northern part of the Gaza Strip.Eyewitnesses reported that soldiers opened fire at Palestinian workers collecting stones, sand and scrap material to be used in construction due to the ongoing siege.

Medical sources described the injury of the youth as moderate.

Israel is enforcing the so-called buffer or security zone near the borders between Gaza and Israel.

The security zone, also dubbed as the security belt, is enforced on private Palestinian lands adjacent to the border; residents who enter this area are targeted by the army, and in most cases, without any warning.