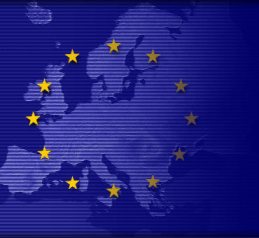 The European Union announced, Monday, that it may consider cutting funds allocated for the Palestinian Authority if talks with Israel continue to stall.The statement was made during an EU meeting to discuss its budget for the next seven years.

The EU provides the Palestinian Authority (PA) with 300 million Euros annually to help it prepare for a sovereign Palestinian state.

Christian Berger, the EU representative in Jerusalem, said that if no progress is made, the EU may re-examine its support for the PA.

The European Union allocates a large portion of its budget to the Palestinian Authority and aid programs that serve the Palestinian people. The seven-year budget ends in 2013, and if not renewed, the EU would fund United Nations projects only.

The EU transfers its fund through the PEGASE program, which contributes to salaries, pensions, and financial aid in the West Bank as well as encouraging small businesses.

Berger told Reuters that EU delegates will visit Israel and the Palestinian territories this week to ask questions about the peace process, political developments, and the how aid money is being used.

The EU will start discussing its 7-year budget soon, focusing on the details of how its money is allocated and spent, said Andrew Stanley, the EU’s Ambassador to Israel.

The Palestinians and Israel are currently engaged in proximity talks mediated by the United States, though President Obama’s administration is pushing for direct talks.

Talks between Israel and the Palestinian Authority were completely halted after Israel launched the Operation Cast Lead offensive on the Gaza Strip in late December, 2008.

Berger said that development projects and Prime Minister Dr. Salaam Fayyad’s plans for preparing for the Palestinian State are advancing well, and that the Palestinian Authority is even performing better than some already established states.