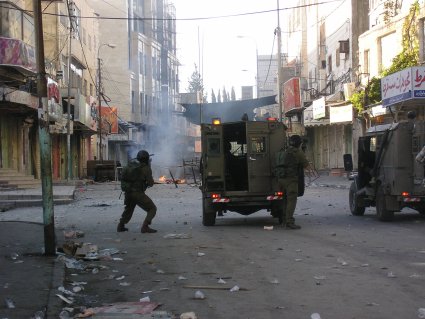 Four Palestinian youths were wounded by Israeli gunfire near the southern West Bank city of Hebron, according to Palestinian medical sources.Local sources from the town of Beit Ummar reported that Israeli soldiers broke into three homes during a raid. Soldiers also took over the roofs of two additional homes to use as observation positions.

Most of the clashes took place in Qaa’ al-Hara and al-Thaher areas, near to the Karme Tzur illegal settlement.