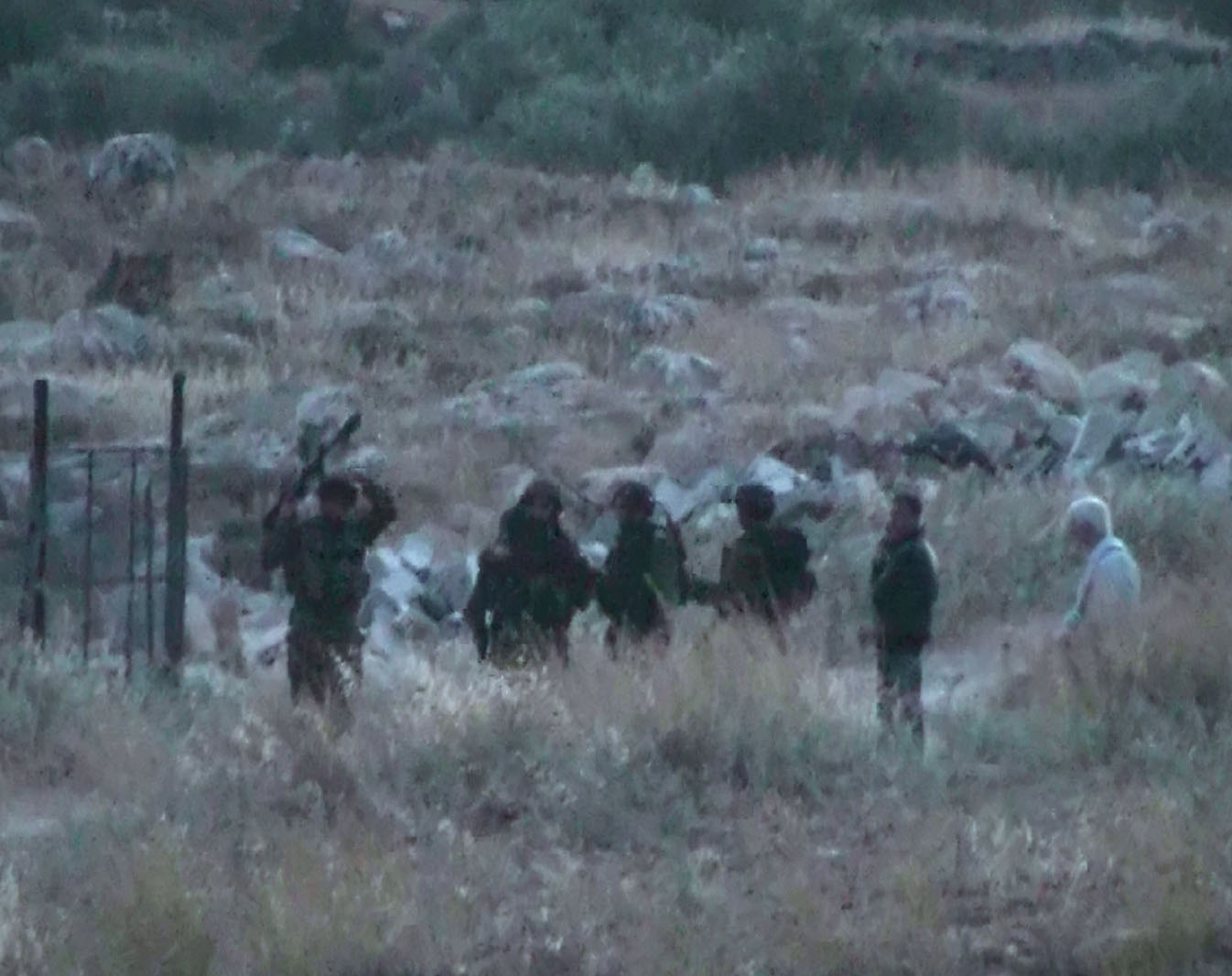 Early Tuesday morning Israeli soldiers raided the town of Bil’in in the central West Bank. Soldiers fired tear gas, sound bombs, and live ammunition at villagers, detained three journalists attempting to document the raid, and set fire to an ancient olive tree. Bil’in has been at the forefront of the non-violent resistance movement against the Israeli occupation.Villagers voiced concern that the burning olive tree had been hit with white phosphorus because they were unable to put out the fire. The tree, responsible for much of the livelihood of the Palestinian farmer who owns the it, could not be saved.

Israeli forces have destroyed over 600,000 olive trees in the West Bank over the last ten years, depriving Palestinian farmers of their main source of income.

Leaders of the Popular Committee Against the Wall in Bil’in called the Israeli invasion and arson a “pernicious act of economic warfare,” saying the action by the military deeply angered the villagers. Man of them are dependent on the sale of the olive oil from the trees. A single tree can yield up to 800 shekels (about 210 dollars) worth of olive oil annually.

Bil’in witnesses said that such incursions by Israeli soliders onto their land are a daily occurrence in the village.

In recent months, Israeli troops have targeted non-violent organizers with the Popular Committee Against the Wall, including the town’s main leadership in the movement, Abdullah Abu Rahma and Eyad Bornat, both of whom were later released without being charged.