Abbas: “We Are Ready For Real Peace, We Demand A Fully Independent State” 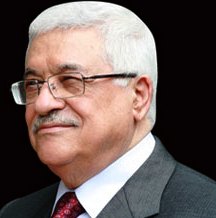 Palestinian President, Mahmoud Abbas, stated Tuesday that the Palestinians are ready for real and comprehensive peace with Israel, but will not accept a temporary solution as they demand the implementation of all internationally guaranteed rights. Abbas’ statements came during a press conference with the German President, Christian Wulff, as he visited Bethlehem.

Abbas said that he is “pleased to welcome Wulff in Bethlehem, the birthplace of Jesus Christ”.

He welcomed the tight cooperation between the Palestinian Authority and the European Union, and the Union’s ongoing support aimed at constructing the institutions of the future Palestinian State.

Abbas thanked Germany for its support, and thanked the German President for visiting Bethlehem.

“We informed his Excellency on the latest developments in the peace process and informed him that we hope no obstacles will hinder the talks”, Abbas said, “We thanked him for his support and expressed hopes that such mutual visits will be repeated”.

Referring to Israel’s Prime Minister, Benjamin Netanyahu, Abbas said that “before saying that the Palestinians do not want peace, Netanyahu must try them”, and added that the Palestinian Authority wants a real peace agreement based on all international legitimacy resolutions, and living in peace next to Israel.

He added that the Palestinian Authority is willing to hold talks with Israel, the United States, the European Union and any country that is willing to help boost the peace process.

He added that Israel must halt all of its settlement activities in all of the occupied territories, without any exceptions.

“The Arab Follow-up Committee is still awaiting a U.S. response regarding settlements, we have never received a response yet”, the Palestinian President said. “Once we receive this response, and the guarantees, the Committee will be willing to convene at any given moment”.

As for the case of prisoner of war, Gilad Shalit, the only Israeli prisoner in Palestinian hands, Abbas said that his Authority demanded his release and his safe return to his family, and added that there are more than 8,000 Palestinians imprisoned by Israel and should also be released.

On his part, the German president said that he is convinced that peace is possible if real intentions exist, and added that peace in the Middle East can be achieved by reaching a two-state solution; a viable Palestinian state living in peace next to Israel.

Wulff also said that peace talks must be resumed and that the Palestinians are willing to advance the peace process and achieve real peace.

It is worth mentioning that the Hamas movement slammed the statements of Abbas regarding the release of Shalit.

“Abbas wants to please the occupation”, Barhoum said, “He focused on the one and only Israeli prisoner of war, and forgot to stress on the fact that there are more than 8,000 Palestinian prisoners detained by Israel”.