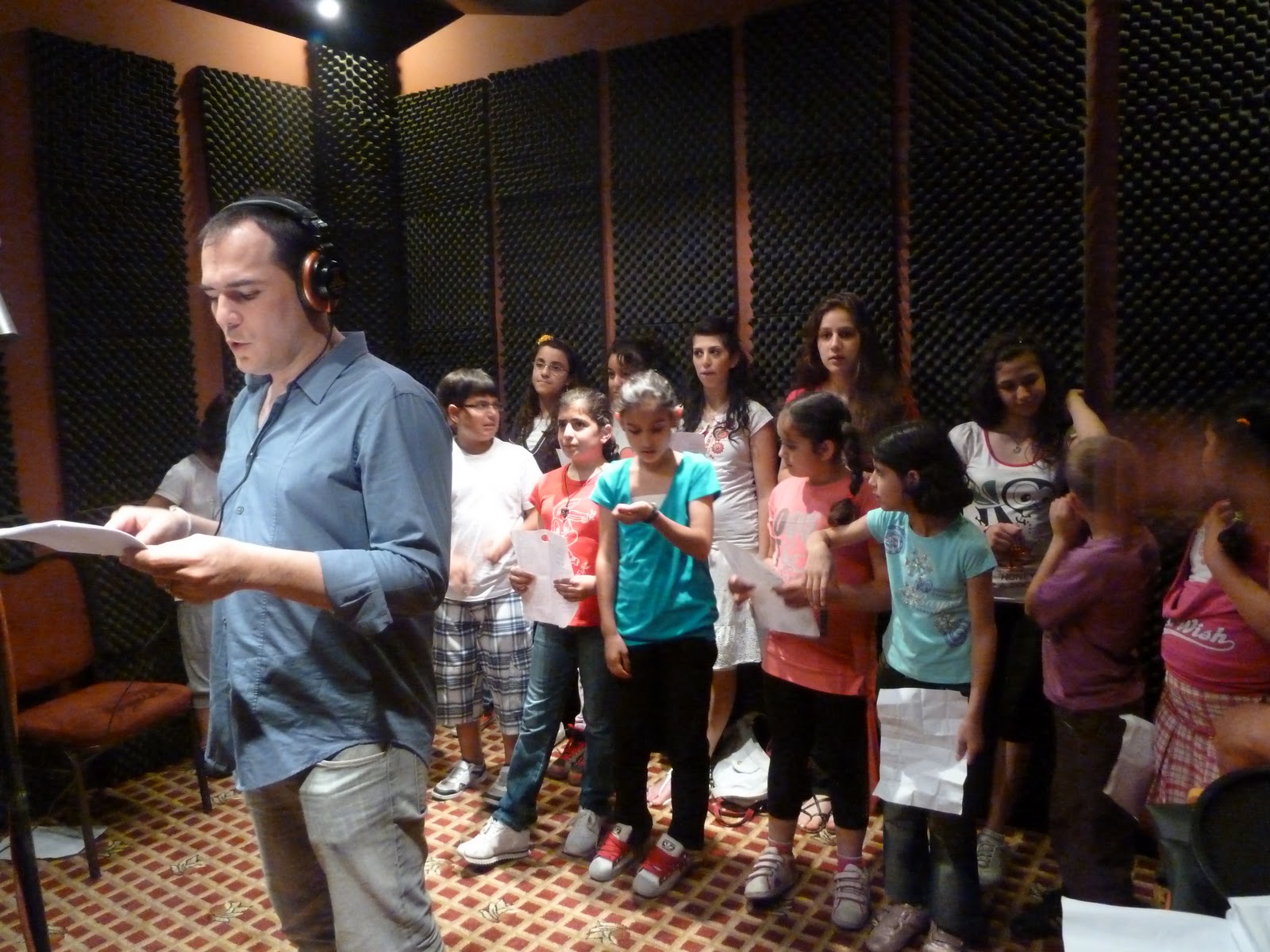 Several Spanish and Latin American actors, writers and singers, with the support of the UNRWA Committee in Spain, have begun a humanitarian campaign called Aid Chain, to raise funds to help refugee children in Gaza through the construction of a ‘virtual human chain’ in which everyone can join. The first project of the campaign is the song Luces Errantes (Wandering Lights), made by the Spanish singer Ismael Serrano and recorded with a children’s choir of the Edward Said Music Conservatory of Ramallah.

The money raised through the song, which tells the daily situation that the refugees have to face in Gaza, using the metaphor of flying kites as a symbol of freedom, will go to improve health and education conditions of the refugee children in the Gaza.

The virtual humanitarian aid chain, which was presented on Monday, started in Madrid and will end in Gaza City. For an indefinite period and through donations that can be made on the Humanitarian Aid Chain website, it will cover the distance that separates the two cities (around 6,000 kilometers). As each kilometer has a symbolic value of 85 €, the organizers seek to obtain 500,000 € by the end of the virtual path.

All money raised will go to improve the education and health conditions of child refugees from Gaza, who according to the organizers, are the weakest victims of the blockade.

In a press conference on Monday, the UNRWA committee members in Spain recalled that nearly a third of all refugees worldwide are Palestinians, and added that it is very important to raise awareness of the situation of neglect in which they live, especially in Gaza. ‘The Palestinian refugees are the population group that has remained longer in exile,’ they added.