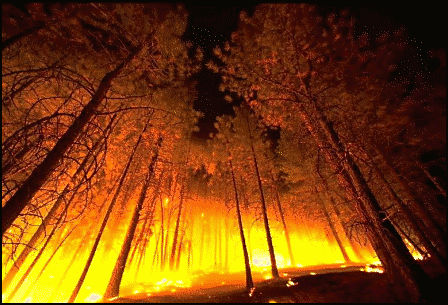 Despite ongoing efforts of Israeli and international firefighters and rescue teams, fires continue to consume more areas in the Carmel while also spreading to Jerusalem Forrest, and to an area on the Israel-Lebanon border. The fires that started Thursday also reached a Kibbutz in the Western Galilee, and on Friday at night fires broke out Maalot, Taybeh and the Negev.

The police suspects that the fires that are being discovered in different areas are an act of vandalism and not caused by the original wild fires.

40 Dunams of forest were burnt and the fires also consumed several homes. So far, the bodies of 41 persons, all are security and prison guards who were killed when a burning tree fell on their bus while heading to the Al Damoun Detention facility on Thursday, were identified.

Ein Hod area had to be evacuated as the fires reached the center of the town and the police had to use force to evacuate a number of settlers who refused to leave.

The Israeli Police called on the residents of Nir Zion and Yemin Ord to leave their homes as fast as possible, and advised the residents of Itlit area to keep their windows closed due to the density of the smoke.

The Fire Department state at a press conference at the Haifa University that the fires are slowing down but also warned they fire density is likely to increase during night time.

Also, the fires reached the open area of the Hai Bar natural Reserve, areas inhibited by animals were mildly affected and the animals survived.