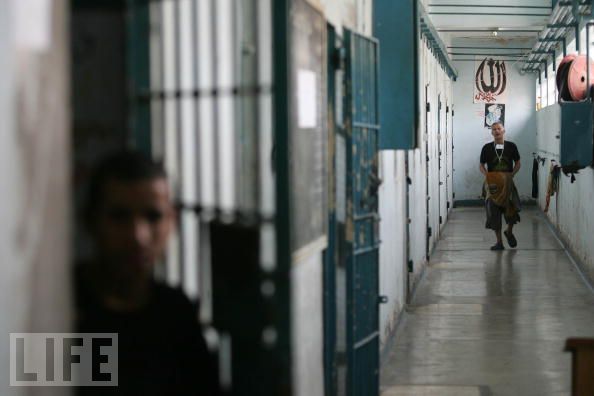 A Gaza military court detained three men for collaborating with Israel, ordering execution for one and sentencing the other two to prison terms, Agence France Presse reported.’The military court handed down a death sentence against one collaborator with the occupation, and prison terms of seven years and three years for two other collaborators,’ a statement released by the Hamas interior ministry said. No further details were given about the three men.

In April, Hamas rulers executed two alleged ‘collaborators’ in the first death sentences carried out since the Islamist movement took power in June 2007. It was also the first time executions had been carried out in the Gaza strip for five years.

Under the Palestinian law, all execution orders must be approved by the president before they can be carried out. However, Hamas no longer recognizes the legitimacy of President Abbas since his four-year term ended in 2009.

Human Rights Watch denounced Hamas, in a report, for killing at least 32 suspected informers and political opponents, including 18 men who were given summary execution, and maimed several dozens more during and after the December 2008-January 2009 Israeli offensive on Gaza.

In April, human rights groups warned that 14 people were allegedly sentenced to death by military courts in Gaza last year, after being detained on charges of ‘collaboration’, treason and murder.

Israeli security forces and intelligence make regular use of Palestinian informers in the Occupied Territories to counter attacks and to help in the killing of top militants.