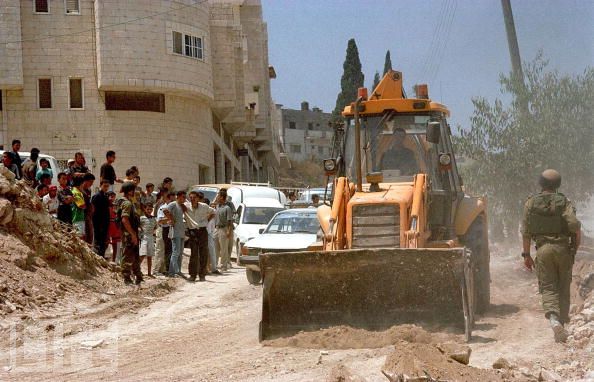 The Israeli military bulldozed Tana village early on Wednesday near the city of Hebron, Press TV reported. Israeli bulldozers entered the village of Tana, leveling a school and forcing dozens of families living in tents to evacuate the structures.

A Red Cross building, which reportedly served the impoverished residents of the village, was also severely damaged in the bulldozing, witnesses said.

The Palestinian Authority did not condemn the demolitions. Israeli authorities commented that the structures had been built without the needed permits.

Based on figures revealed by the Israeli NGO Bimkom, almost 95% of applications filed by Palestinians for construction permits are rejected. Bimkom also noted that Israel’s Civil Administration only grants around 12 permits per year.

Palestinians point out that Israel’s ongoing demolition plans undermine their efforts to create a free and independent Palestinian state.

According to the Palestinian Information Center, since the start of 2000, 995 Palestinian homes have been demolished in occupied Jerusalem making 5,783 people displaced, including 3,109 children.